Rabbi Chaim Hagler graduated from Yeshiva College with a Bachelor’s degree in Business. He received a Master’s degree in Education from the Azrieli Graduate School, and Semicha from Yeshiva University.  Prior to being named principal of Yeshivat Noam in 2000, Rabbi Hagler was Headmaster of the Ramaz Lower School in New York.  Previously, he had served as Director of Judaic Studies at the Hebrew Academy of Montreal and had taught at SAR in Riverdale, NY.  Rabbi Hagler believes in the importance of getting to know his students and establishing meaningful relationships with them. Rabbi Hagler and his wife, Chavie, live in Bergenfield with their five children.
Rabbi Hagler can be reached at [email protected]
Morah Elana KesslerDirector of Nitzanei Noam 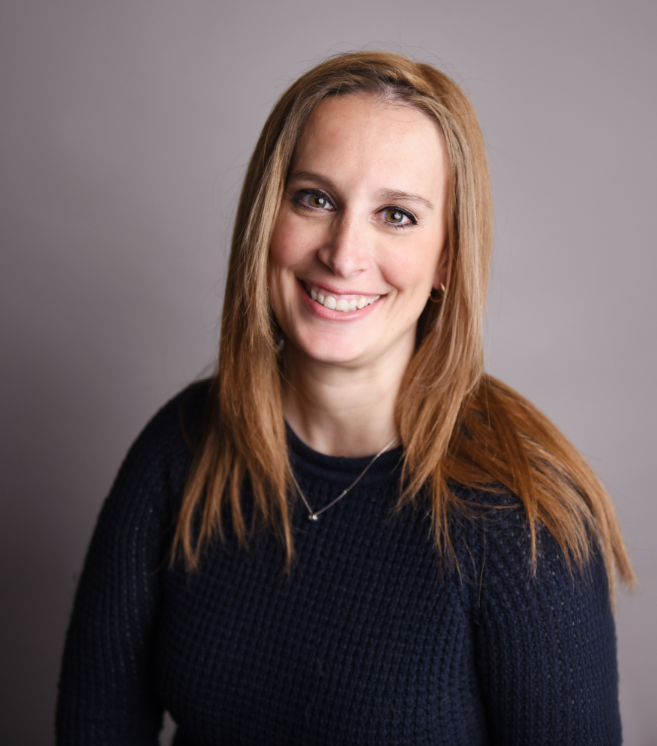 Morah Elana Kessler graduated from Stern college with a degree in Early Childhood Education and Psychology. Before coming to Yeshivat Noam she worked with special needs children in public school as well as a Child Life specialist in a hospital setting. Elana spent 17 years teaching Buds in Yeshivat Noam and is now director of Nitzanei Noam. Morah Elana believes in fostering a love of learning through creativity, imagination and kindness. Morah Elana lives in Bergenfield with her husband and four children.
Morah Elana can be reached at [email protected]vatnoam.org
Morah Kara FeldmanDirector of Early Childhood

Morah Kara Feldman holds a Master’s degree in Elementary and Early Childhood Education from Cabrini College.  Before coming to Yeshivat Noam, Morah Kara was the Early Childhood Director at the Torah Academy of Greater Philadelphia for six years. Previously, Morah Kara worked as an Early Childhood teacher for several years in Philadelphia.  She is also a Division Head at Camp Shoshanim.  Morah Kara believes in the importance of creative, experiential education that fosters a love of learning in an environment that excites students to expand their knowledge. Morah Kara and her husband, Peter, have five children and live in Teaneck.
Morah Kara can be reached at [email protected]
Rabbi Mordechai SchwersenskiElementary School Principal

Rabbi Mordechai Schwersenski has a Masters Degree in Education from Johns Hopkins Universirty and Semicha from Ner Israel Rabbinical College. He previously spent 8 years at the Torah Academy of Greater Philadelphia as a Judaics Studies teacher, Director of student programs, and then as Judaics Studies Assistant Principal. Rabbi Schwersenski believes that strong relationships are at the core of great education. When both parents and children sense that the teachers in their world respect them and are interested in building authentic relationships with them, great learning can happen!
Rabbi Schwersenski and his wife Deena live in Passaic, NJ with their four children.
Rabbi Schwersenski can be reached at [email protected]
Rabbi Yitzchok MotechinMiddle School Principal, Judaic Studies

Rabbi Yitzchok Motechin graduated from Yeshiva University with a Bachelor’s degree in Economics. He received a J.D. degree from Cardozo Law School and Semicha from Yeshiva University. Rabbi Motechin has been involved in informal Jewish education throughout his 15-year business career, including that of volunteer teacher during the inaugural years of our Mishmar program. A number of years ago, Rabbi Motechin made the career move he had long considered and became a Middle School Judaic Studies teacher and program coordinator at SAR Academy (Riverdale, NY). Rabbi Motechin believes in empowering students and affording each child the opportunity to learn at his or her own pace. Rabbi Motechin and his wife, Sharon, have five children and live in Bergenfield.

Rabbi Motechin can be reached at [email protected]